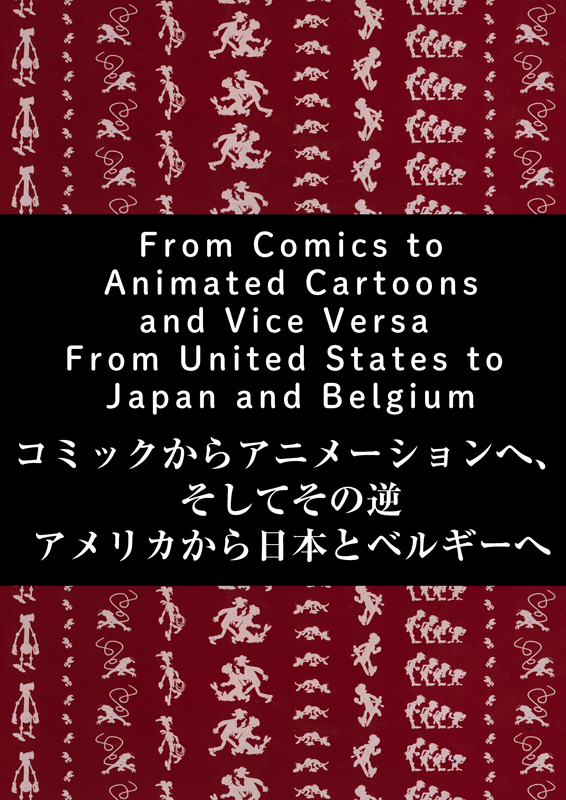 After World War II, in most capitalist countries, a whole generation of young cartoonists are profoundly shaped by United States visual culture, including comics and animated movies.
In Belgium, Morris, Franquin and Peyo and, in Japan, Tezuka Osamu reclaim this cultural heritage and combine it with their local traditions.
In their early stages, because the historical circumstances do not allow them to directly create animated cartoons, they devote themselves to comics.
However, the influence of Walt Disney and Fleisher brother’s movies remain strong. In many respects, their approach is to introduce sophistication coming from moving images into still images.
Through the career of world famous cartoonists, the lecture will attempt to highlight a web of cultural exchanges between America, Asia and Europe and to emphasize some of the complex and often conflictual relationships between comics and animated cartoons.

At the event, English will be simultaneously interpreted into Japanese.

Erwin Dejasse is Art Historian and FNRS (Belgian National Fund for Scientific Research) Postdoctoral Researcher.
Between November 1 and 30, 2019, he is Visiting Research Fellow at International Research Center for Japanese Studies- Nichibunken.
He has written extensively on comics, notably the book “Morris, Franquin, Peyo et le dessin animé” (Morris, Franquin, Peyo and Animated Cartoon, with Philippe Capart in 2005).
In 2008, he has cofounded ACME Comics Research Group at the University of Liège (ULiège); he is also member of the editorial board of “9e Art”, journal of the Comics Museum in Angoulême (France).
Erwin Dejasse teaches “Comics History”, “Comics Semiotics” and “Intermediality”; he is also exhibition curator, among other “Knock Outsider Komiks” at Angoulême International Comics Festival and Art&Marges Museum in Brussels.
His current main researches concerns the relation between comics and Art Brut.