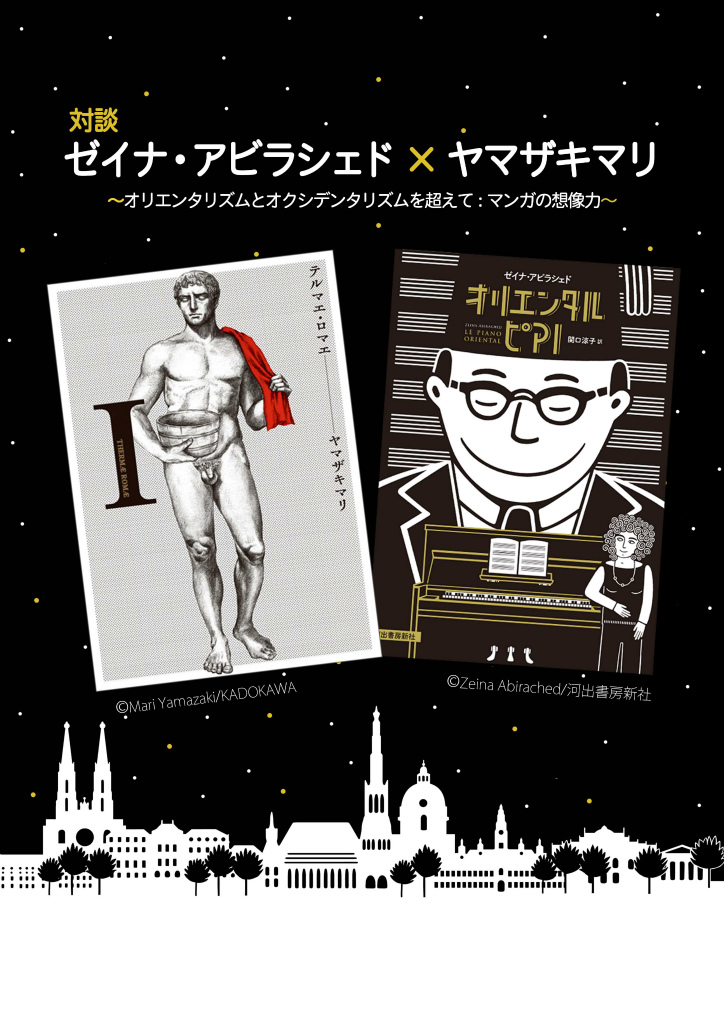 ～Beyond Orientalism and Occidentalism: Imaginative power of Manga/BD～

We are honored to hold a talk show event of Zeina Abirached, a bande déssinée (French comic) artist, and Yamazaki Mari, a manga artist from Japan. This event is going to be held as a part of ‘Feuilles d’automne 2017 (Weekend of bande déssinée in Kansai)’ organized by Institut Français (French Institute) Kansai.

Zeina Abirached was born in Beirut, Lebanon. She studied Art in France and Lebanon then has become a bande déssinée (French comic) artist. Yamazaki Mari is a famous manga artist with popular works, including “Thermae Romae”. She is currently living in Italy after studying Art in Italy and staying in the U.S, Syria and other places.
In this event, these two artists will talk about a variety of topics, such as influences that they have gotten from other culture or processes of work, which are based on their experience in other places in the world.
After the event, there will be an autograph session with Zeina Abirached.
*Target: First 50 people(first come first serve basis) who buy “Oriental Piano” Japanese edition ¥2,592(tax inc.) from museum shop on the day. 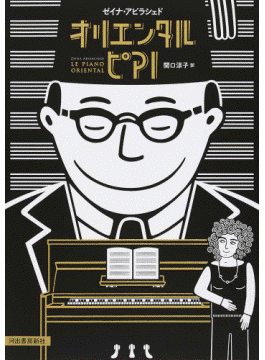 Born in Beirut, Lebanon in 1981 and grew up in Lebanon and France. She studied graphic design at Lebanese Academy of Fine Arts then majored animation at the National School of Fine Arts in Paris (École nationale supérieure des Beaux-Arts de Paris). “Oriental Piano” published by Casterman in 2015, in which she used monochrome drawings, connects Beirut in 1950s and Paris at present beyond time and space and is a mixture of French comic and Middle Eastern music. It is her 6th work and got the Phoenix Prize of literature (Prix Phénix de Littérature) in 2015 from French Book Fair in Beirut. It was also in the official selection of Angoulême International Comics Festival in 2016. 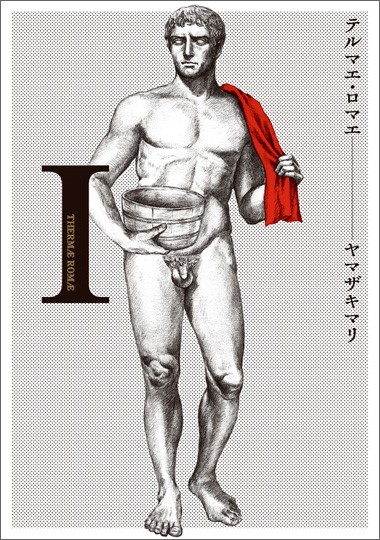 Born in Tokyo, in 1967. She went to Italy at the age of 17, and majored in art history and oil painting. In 1997, she debuted as a manga artist and has released many titles, such as “Thermae Romae”, “Rumi to Maya to sono shuhen”, “Steve Jobs” and so on. Among them, especially “Thermae Romae”, which is set in ancient Rome, has been translated into various languages, and got the Short Story Award Tezuka Osamu Cultural Prizes and the 3rd Manga Taishō (award) in 2010. She also published literary works: “A record of Thermae”, “A way of life with no frontier”. A short manga that she drew for the exhibition “Louvre No.9 ~Manga, the ninth art~” is set in Palmyra, Syria and was inspired by her experience of living in Syria.