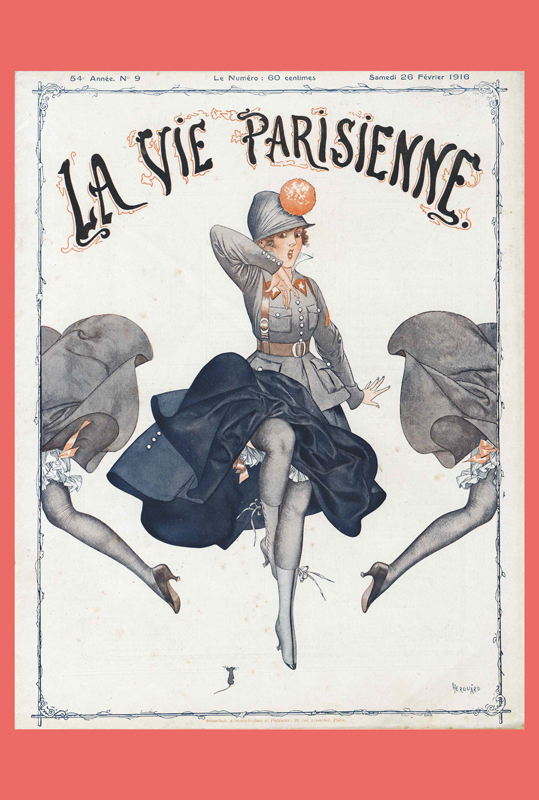 “Treasure Trove MANGA-ful” is a mini exhibition series curated by Aramata Hiroshi, the executive director of the manga museum, to “trace forgotten ancestors of manga to search the roots of contemporary manga”.
This is the fifth installment of the exhibition series. This exhibition displays items from director’s own collection, shedding light on Parisian illustrated magazines from the beginning of the 20th Century that were loved around the world. Please enjoy humble and delicate illustrations like Gerda Wegener who is artist and you can see in the movie called The Danish Girl. These illustrations influenced the romantic shojo illustrators of the Taisho period (1912-1926). In fact, the lyrical shojo illustrator Fukiya Koji, contributed work to just such a magazine in Paris.

About 20 illustrated magazines from Paris’ most cutting-edge, such as “La Vie Parisienne” and “La Baïnnette” that were published between the 1910s and the 30s. (Exhibition content will be replaced during the period)

This exhibition displays items from my own, director’s collection, shedding light on Parisian magazines from the beginning of the 20th Century that were loved around the world. About 25 years ago, I found this adorable illustrated magazine in an open-aired bookstore street on the banks of the Seine in Paris. In a nutshell, this is Paris’ most cutting-edge visual magazine from 100 years ago. It’s truly brimming with Parisian tastes, and perhaps it would be better to call it the origins of today’s ‘moe’ (※affections to characters in anime, manga, video games) art style.

Whichever way you look at it, it’s a dream life: amazing high-fashion; young women leading bustling city lives; and Paris, the capital of the world. Every day is a festival of merrymaking. Additionally, the tomboyish appearance of the Parisiennes depicted in the magazine were used in famous Hollywood movie scenes, and the iconic scene of Marilyn Monroe’s skirt blowing up was very akin to Paris scenery. Such dreamlike glamour is exactly like contemporary Japanese shojo (girls’) manga. Or rather, I think the reverse is true. These illustrations influenced the romantic shojo illustrators of the Taisho period (1912-1926). In fact, the lyrical shojo illustrator Fukiya Koji, contributed work to just such a magazine in Paris.

The illustrators and painters featured within these pages, were themselves idols in Paris, and these very same unconventional people enjoyed parties every night in the entertainment district, then came to be depicted in the illustrations. The most unconventional of all, were Gerda Wegener and her spouse Lili Elbe. Lili, had been named Einar Wegener and was assigned male at birth, but identified as a woman and changed her name. She dressed in women’s clothing when modelling for Gerda’s paintings, and years later underwent sex reassignment surgery. A novel based on Gerda and Lili’s lives was adapted into the film The Danish Girl four years ago, and of course Gerda’s beautiful artwork are also shown in the exhibition!

Unfortunately, work dried up for the kind of mysterious, romantic Parisian illustrators featured in these magazines due to the two World Wars, and they all but disappeared. However their artworks are now being rediscovered. Please enjoy exploring the origins of shojo manga in these early 20th Century Parisian magazines. 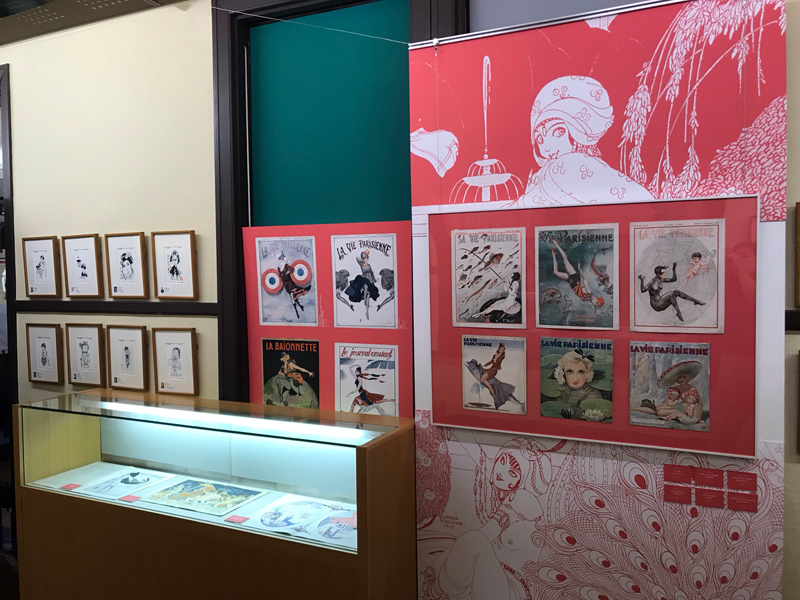 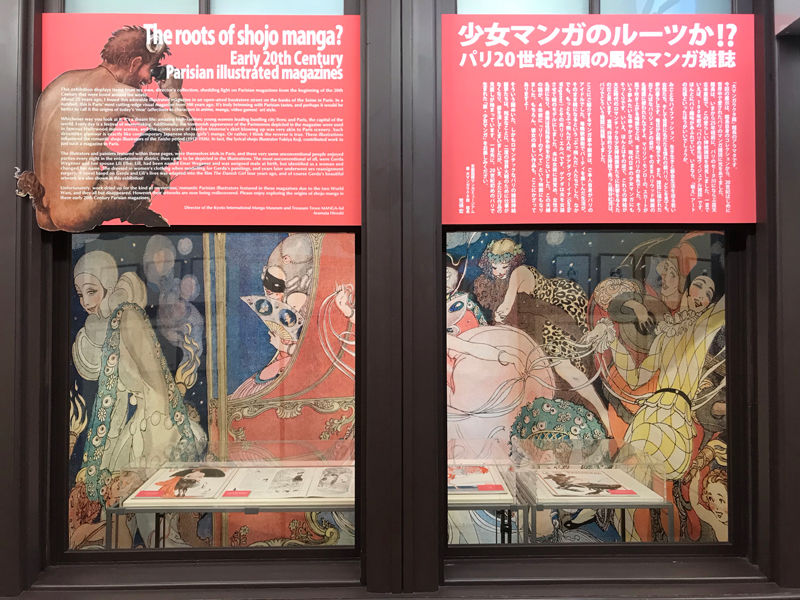