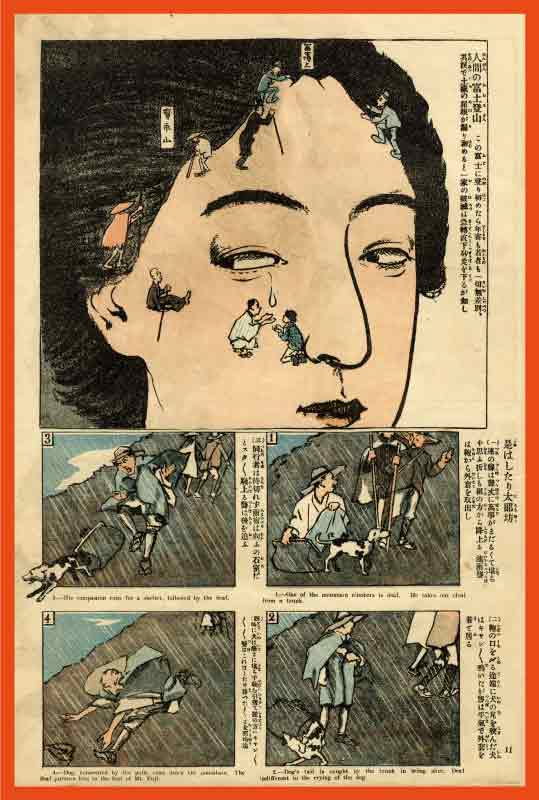 Manga for adults” was luxurious and puzzling!? -High-quality manga magazines from the Meiji era-

“Treasure Trove MANGA-ful” is a mini exhibition series curated by Aramata Hiroshi, the executive director of the manga museum, to “trace forgotten ancestors of manga to search the roots of contemporary manga”.
This is the fourth installment of the exhibition series. This exhibition introduces satire manga magazines from the Meiji era. During the exhibition period, director Aramata will make comments on “manga for adults” from a time period that seems more intellectual and luxurious than manga from these days.

P.S.: Director Aramata has added some comments on the exhibition panels on June 17.

“Manga for adults” was luxurious and puzzling!? -High-quality manga magazines from the Meiji era-

Nowadays, there are many cheap weekly manga magazines and small manga books in softcover. It is more like they are good to read eating potato chips instead of being placed on fancy bookshelves. Also, there are not many difficult manga books that children could not understand.
However, this kind of tendency appeared around the Taisho* era. During the Meiji* era, manga used to be expensive and luxurious printed matter. It was something that could only be enjoyed by intellectual adults. At this time, I would like to introduce such old manga magazines for adults.

I have collected some of the old magazines had been archived at the manga museum. You can tell that the magazines are big! Also they were colorfully printed on good-quality papers. Also, female models in the magazines are well dressed and very beautiful.
On the other hand, you might have no idea what works in the magazines try to say.
In fact, the secret is hidden right there!
In Meiji* era, story manga or gekiga that we know nowadays did not exist yet. At that time, manga was employed to criticize or ridicule bad politicians and government officers who were evil to ordinary people. This kind of satire manga satisfied many adult readers at the time.
However, from a different perspective, it could also be considered as “insulting by funny drawings”. Sometimes such magazines were banned from being sold when the targeted politicians and government officers found out about them. So, artists drew and wrote things in parables, like drawing bad politicians as monsters. When they chose the right metaphor for someone, they gained popularity.
Unfortunately, the more popular they became, the stronger the opposition to them became. In some severe cases, publishers could get banned from publishing books or magazines. Accordingly, most artists rather chose to create manga for kids, heartwarming family manga, manga that focuses on story instead or trendy manga with beautiful female characters. Namely it changed from “satire” to “trendy”. Do not forget about that part! 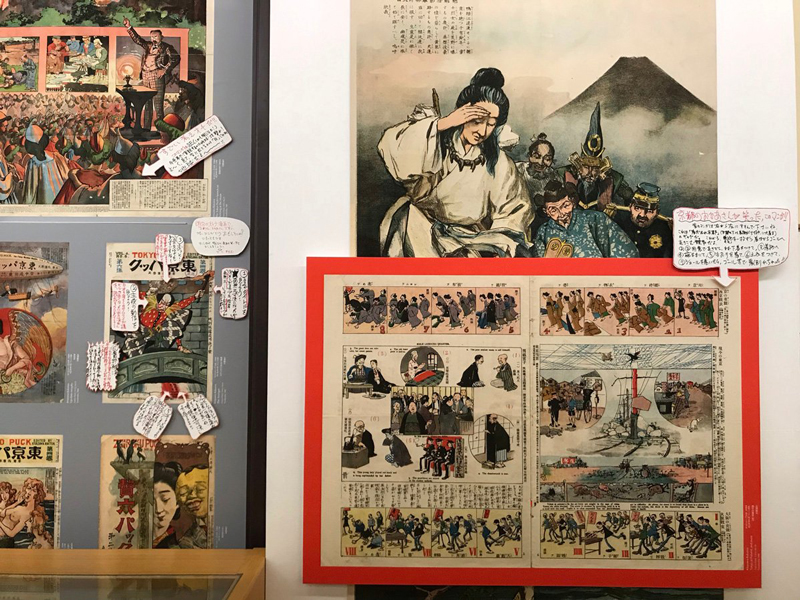