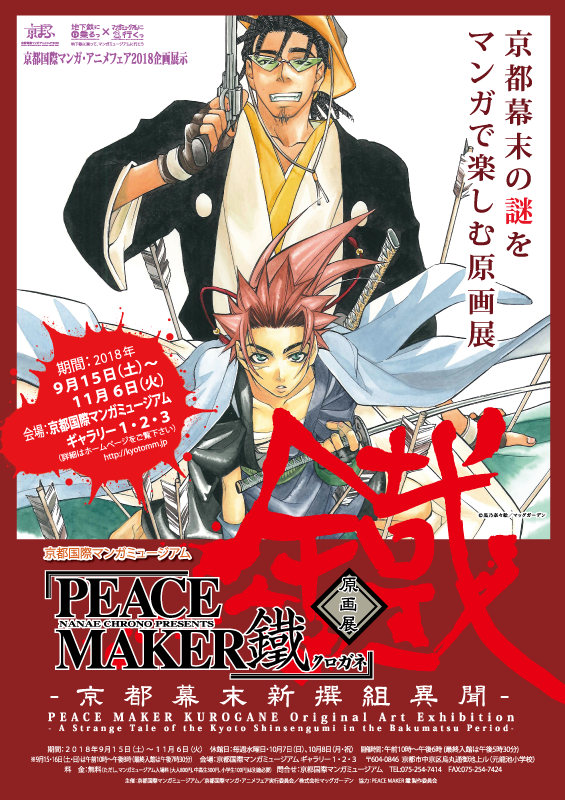 This year marks 150 years since the Meiji Restoration. Depicting a time in history that remains shrouded in darkness, PEACE MAKER KUROGANE has deeply impressed its readers by supplementing historical facts with fiction to portray the lives led by the Shinsengumi as they survived an era of turbulent upheaval. This exhibition showcases approximately 100 original works depicting actual incidents that occurred in Kyoto during the Bakumatsu Period. In addition, we will exhibit about 30 works from anime released in theaters this year, and a map created by Chrono Nanae detailing the Shinsengumi’s connection to Kyoto. 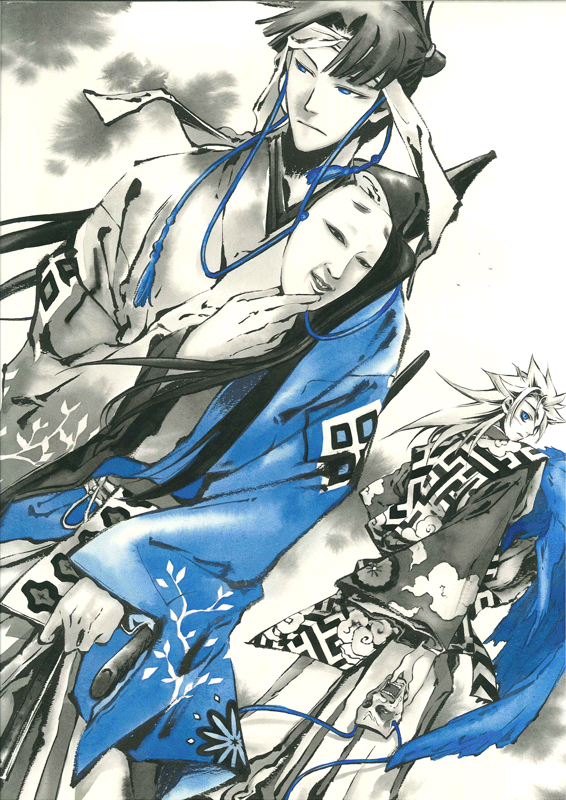 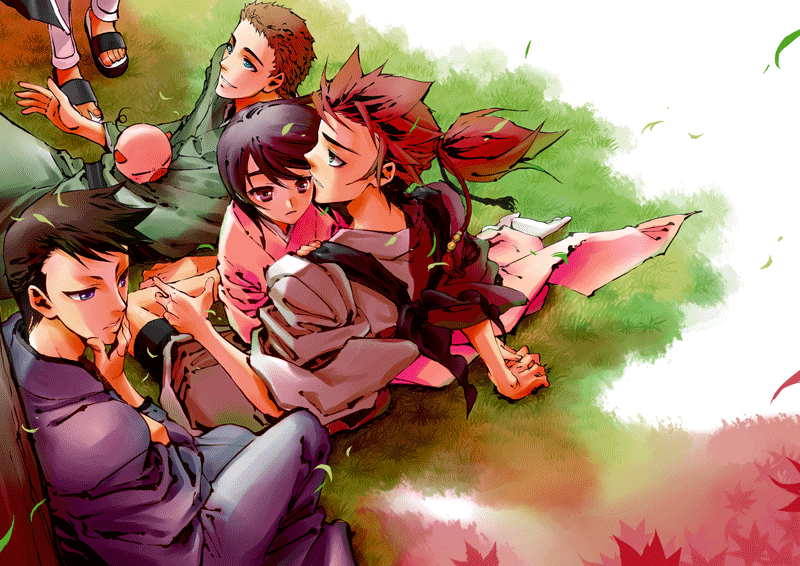 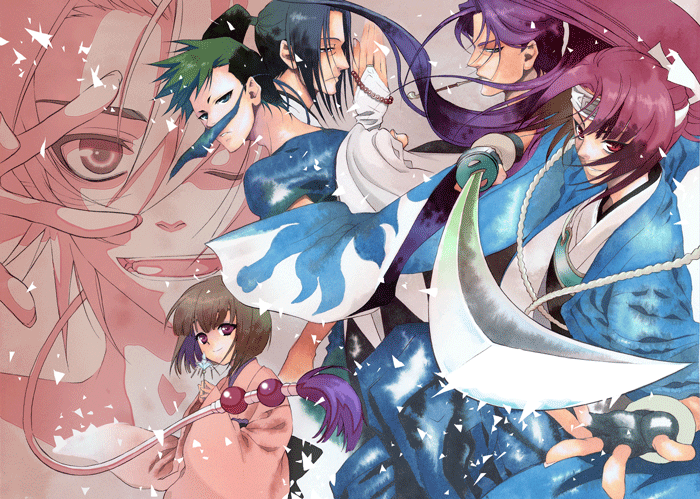 About PEACE MAKER KUROGANE
In this manga Chrono Nanae creates an original perspective in her depiction of the Shinsengumi, a real-world military force that was active during the turmoil of the Bakumatsu period, the closing days of the Tokugawa shogunate. The manga follows the struggles of Ichimura Tetsunosuke, and the turbulent fate of Hijikata Toshizo and his men. The series started in 1999, originally entitled Shinsengumi Imon PEACE MAKER, it is currently serialized in Monthly Comic Garden magazine, and through the webcomic site MAGCOMI (a manga distribution website own by Mag Garden publishing). After being adapted into an anime series in 2003, it is also slated for drama and stage adaptations.

About Chrono Nanae
A manga artist born in Tochigi prefecture, Chrono Nanae began serializing Shinsengumi Imon PEACE MAKER in 1999. The title was later changed and continues to be serialized today under the name PEACE MAKER KUROGANE. Her other well-known works include Vassalord, and Senki Senki Momotama.

About Kyoto International Manga Anime Fair
This is Western Japan’s largest manga and anime trade fair. Main exhibitors include various businesses and organizations, which aim to spread and boost the manga and anime industry and educational institutions. Each booth features a display of popular manga and anime series, many events, PR activities for brand-new collections, and special goods sales.