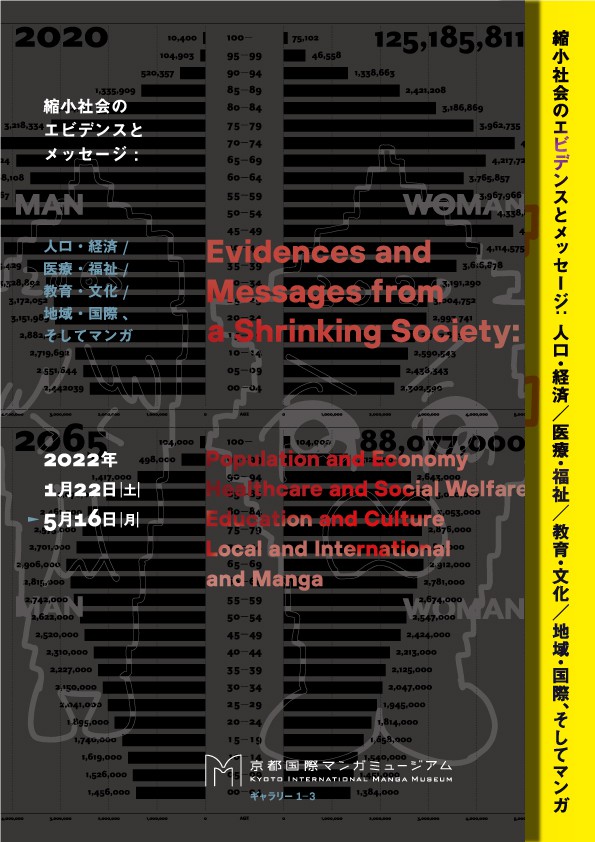 Evidences and Messages from a Shrinking Society

Population and Economy; Healthcare and Social Welfare; Education and Culture; Local and International - and Manga.

The Kyoto International Manga Museum presents the special exhibition “Evidences and Messages from a Shrinking Society: Population and Economy; Healthcare and Social Welfare; Education and Culture; Local and International - and Manga”. This exhibition conveys the reality of modern Japan as a shrinking society, with messages containing hints for living in such a society.

International Research Center for Japanese Studies (Nichibunken) and Kyoto Seika University have an agreement and these institutions run a collaborative research group called "Cultural Creativity in a Shrinking Society: Individuals, Networks, Capital, and Systems". This exhibition introduces the topics from the research group. Also, this exhibition is organized as part of the project "Visualization and sophistication of front line research utilizing museums and exhibitions" by the National Institutes for the Humanities. 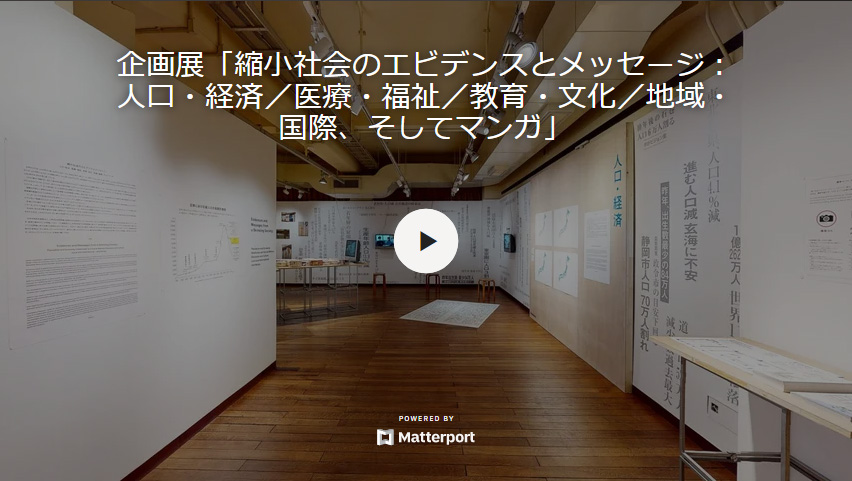 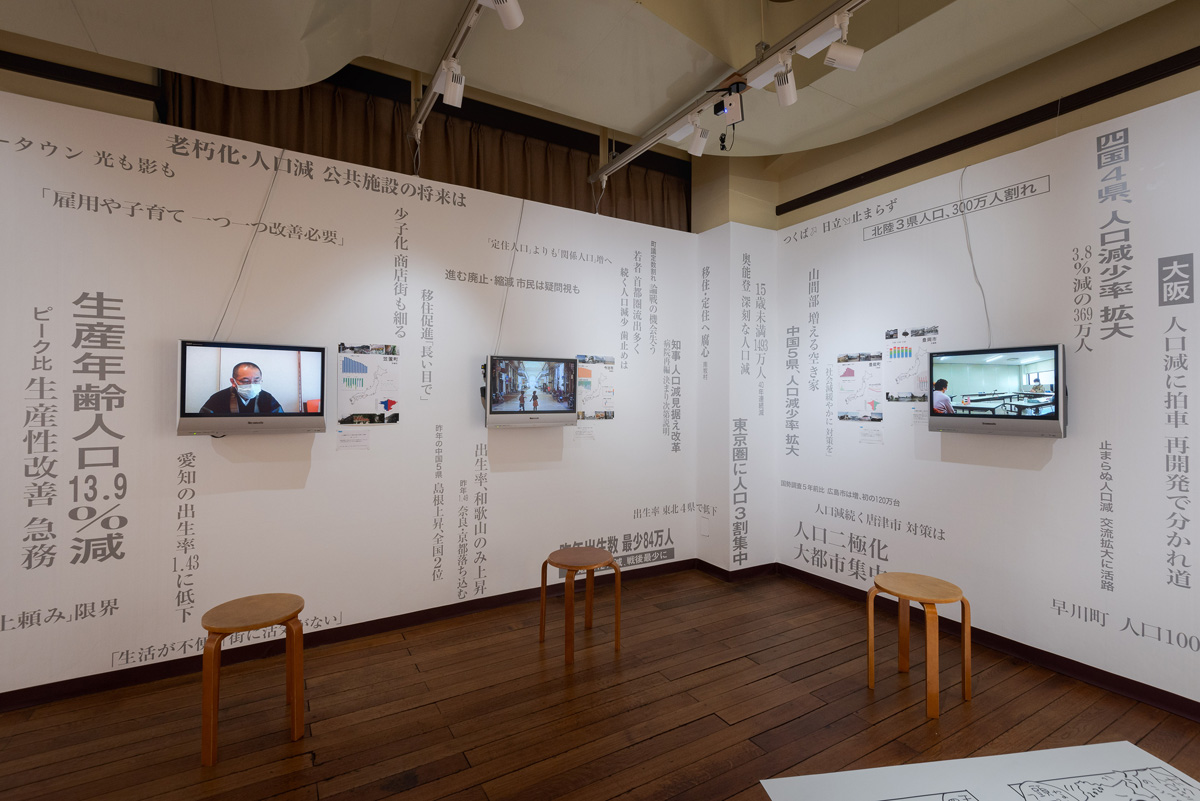 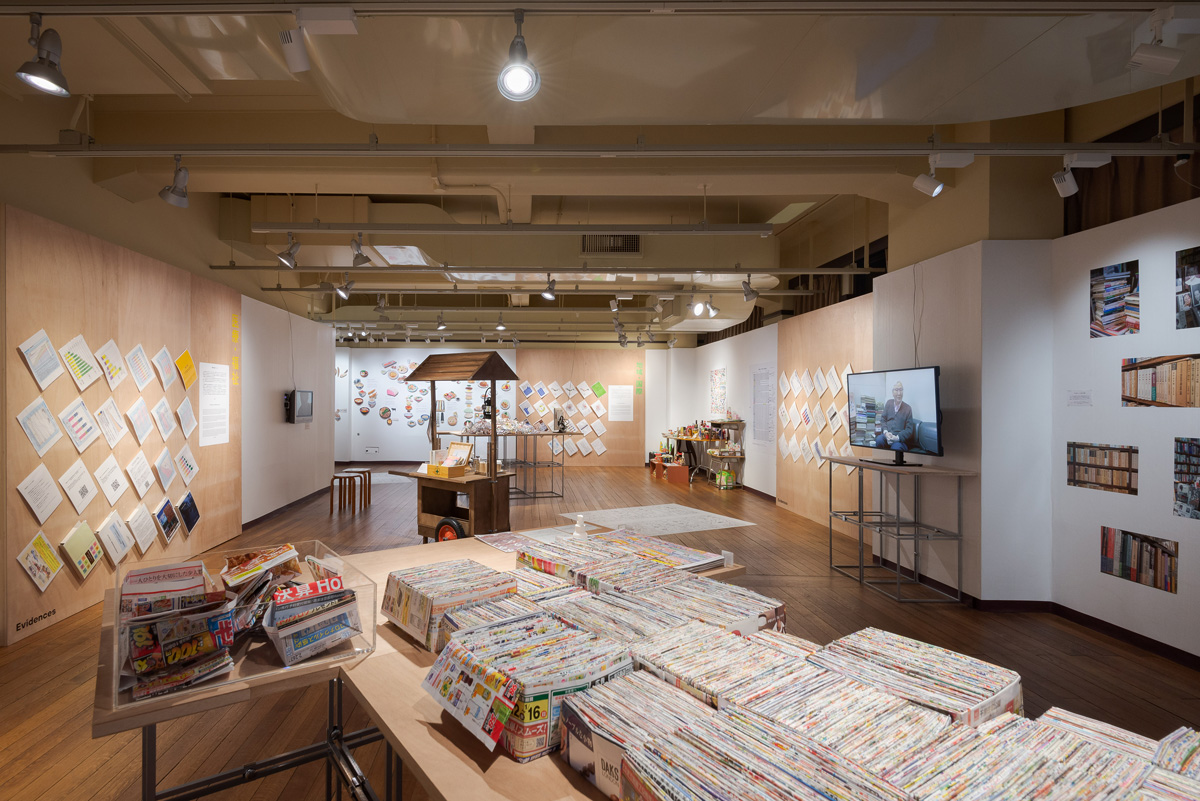 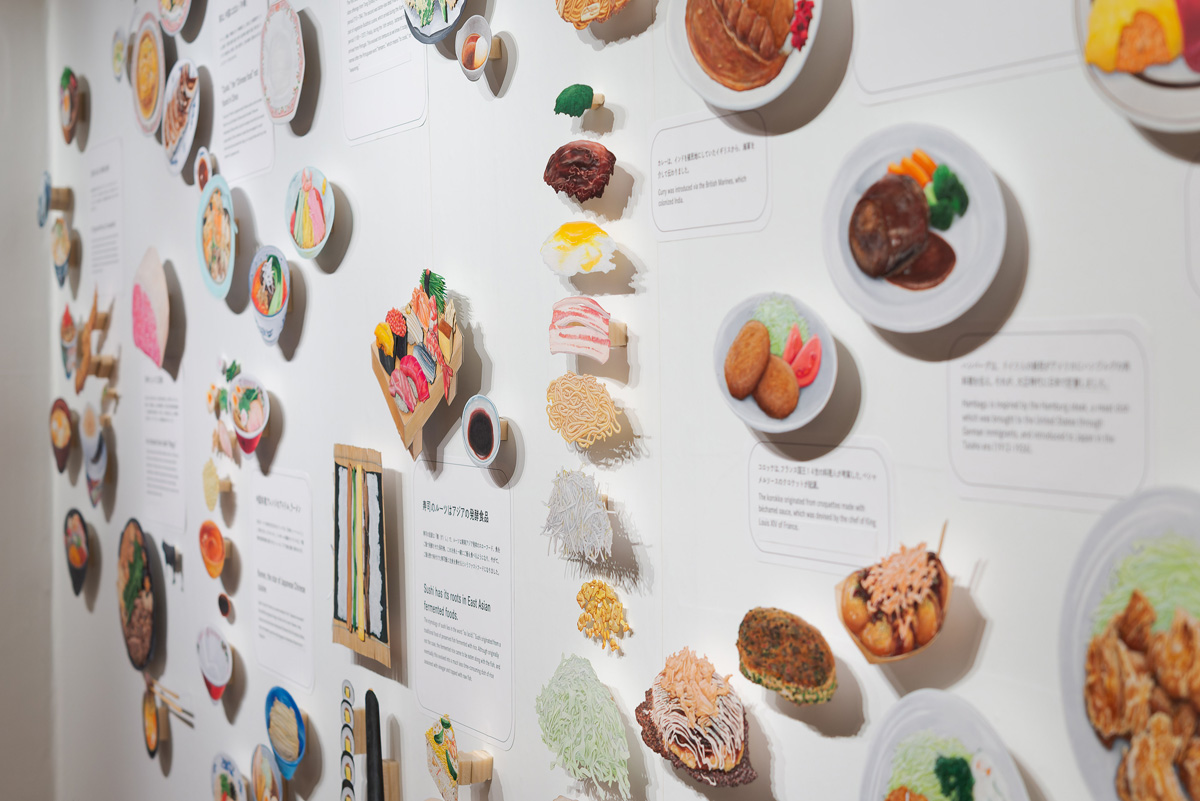 Japan’s population is decreasing at a rapid rate, having peaked in 2008 at 128 million. It is estimated that it will be 100 million in 2053, and half of its present level in 2100. Numerous social problems have surfaced as Japan’s population has decreased and aged, and economic affluence has been lost. What will be the appearance of a society, of an economy and of cultural activities that are suited to such a population? How might we give vitality to social and cultural activities, and ensure the fulfillment of each, without confining them to an economic context? Perhaps if we survey the divergent forms of cultural activity within our shrinking society, we may find a way of weaving together a cultural vitality that is quite distinct from the past.

This exhibition is divided into four sections, which from eight perspectives present the "evidence": data which shows the reality of the "shrinking society"; and the "messages": hints for living in such a reality.

Some local governments are on the brink of survival due to the declining population. Demand decreases, economy become stagnant, and the population decreases further. On the other hand, there is an opinion that riches per capita may increase. Here we consider the reality of population decline, and the affluence of regions and individuals.

The social isolation of the elderly is severe. Efforts are being made to prevent isolation through cultural activities that build relationships with the community. The ever-increasing number of people with disabilities taking part in creative endeavors also gives us hints for living in a shrinking society.

The publishing industry is shrinking significantly. The distribution circuit for sending quality discourse out to the world has been closed off by publishers going bankrupt and the closure of bookstores. Schools are also shrinking rapidly. On the other hand, efforts are underway to regenerate closed school buildings into cultural facilities.

The Japanese economy can no longer function without a foreign labor force. However, Japan is reluctant to accept immigrants and there are endless human rights violations against foreign workers. Nevertheless, if you look closely at the food that represents Japanese culture, you can see the influence of foreign culture.

Online exhibition in VR space
This exhibition will be reproduced in virtual space on the internet. (Scheduled to be launched in early February. Details will be announced on our homepage at a later date.) 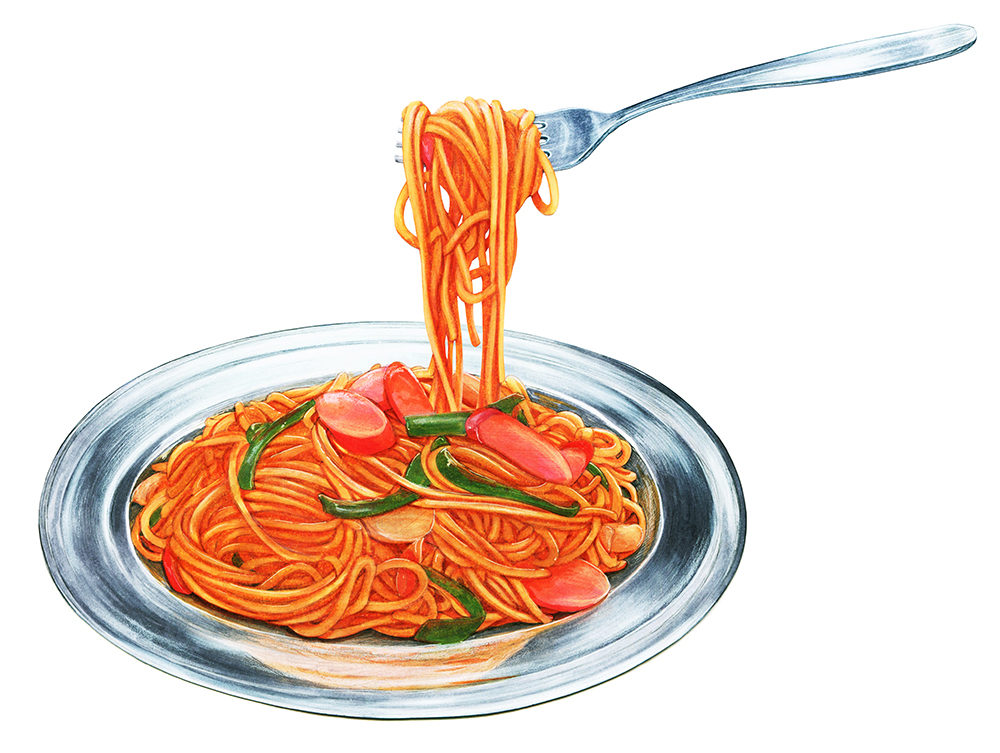 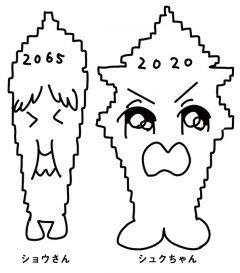 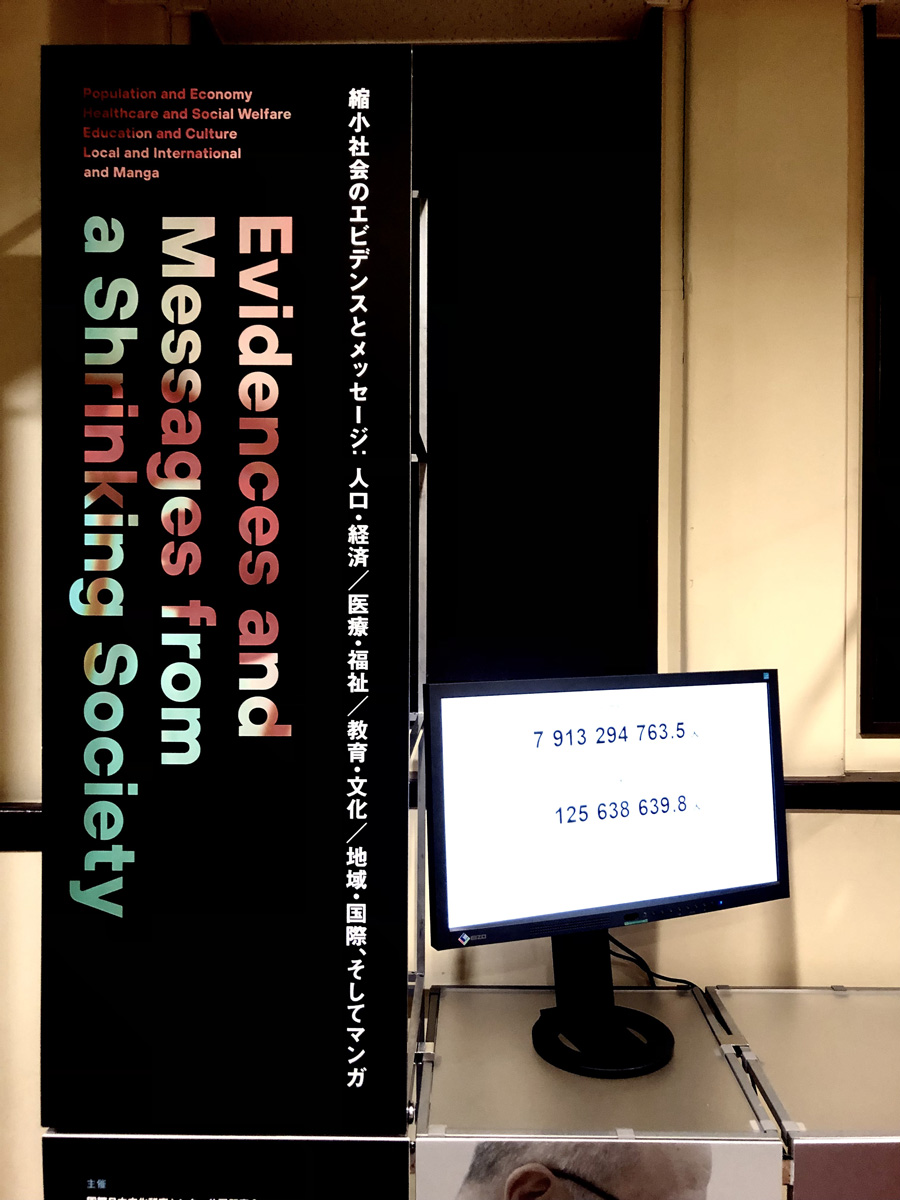 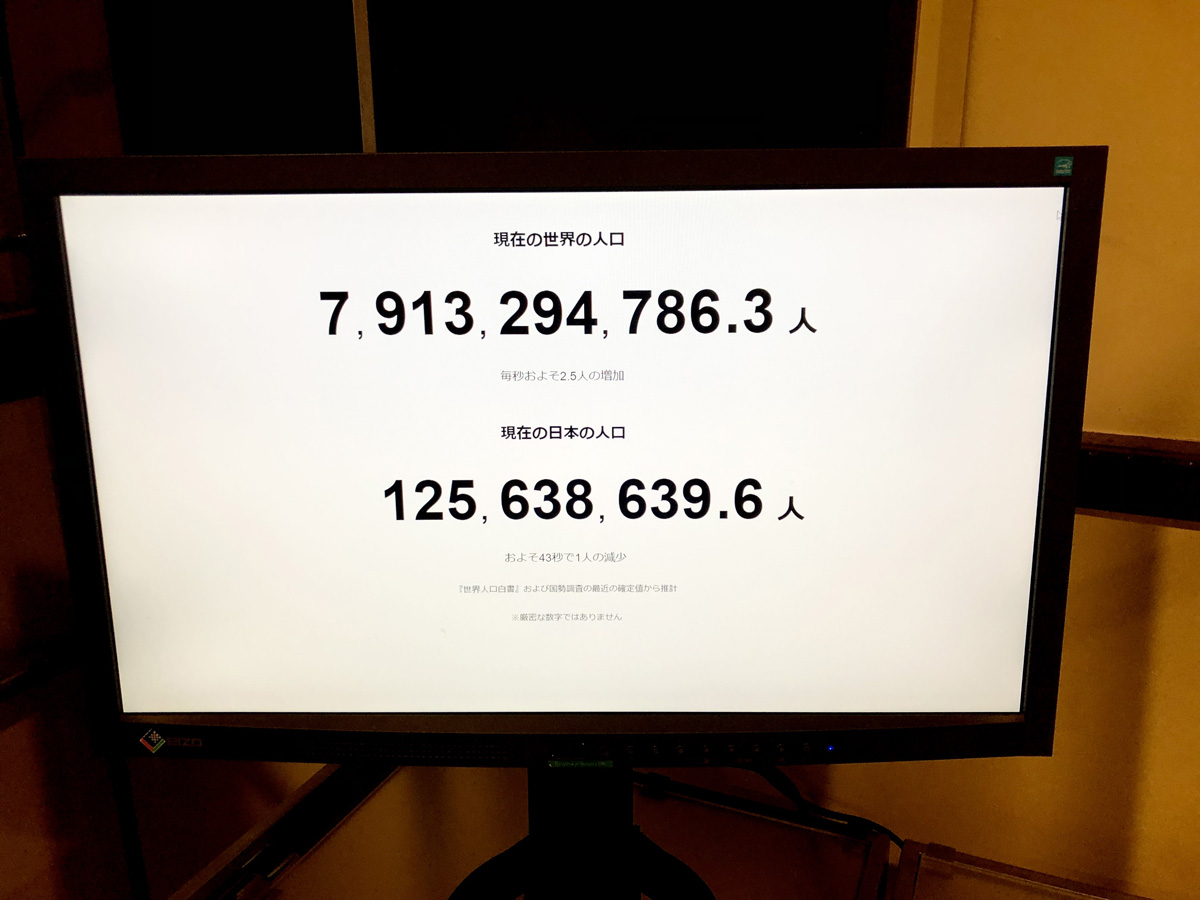 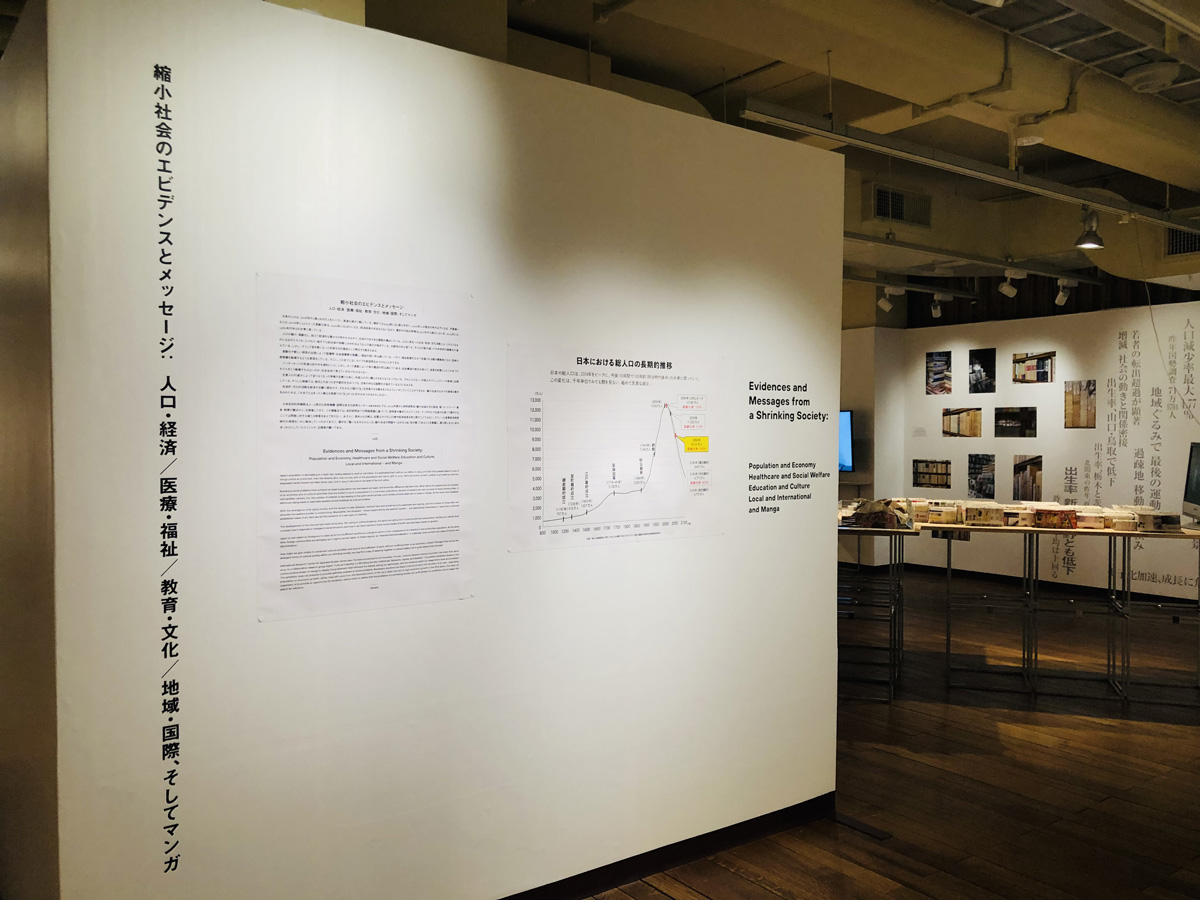 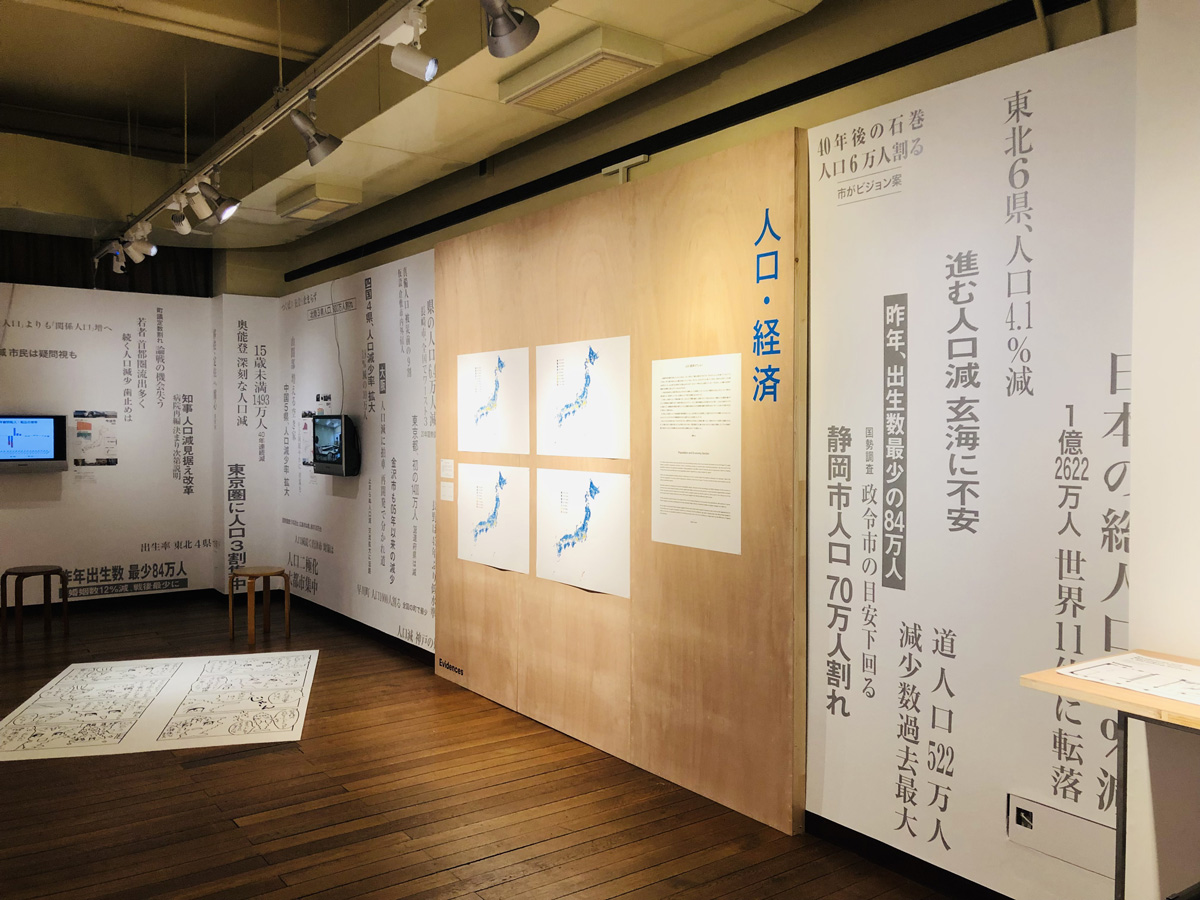 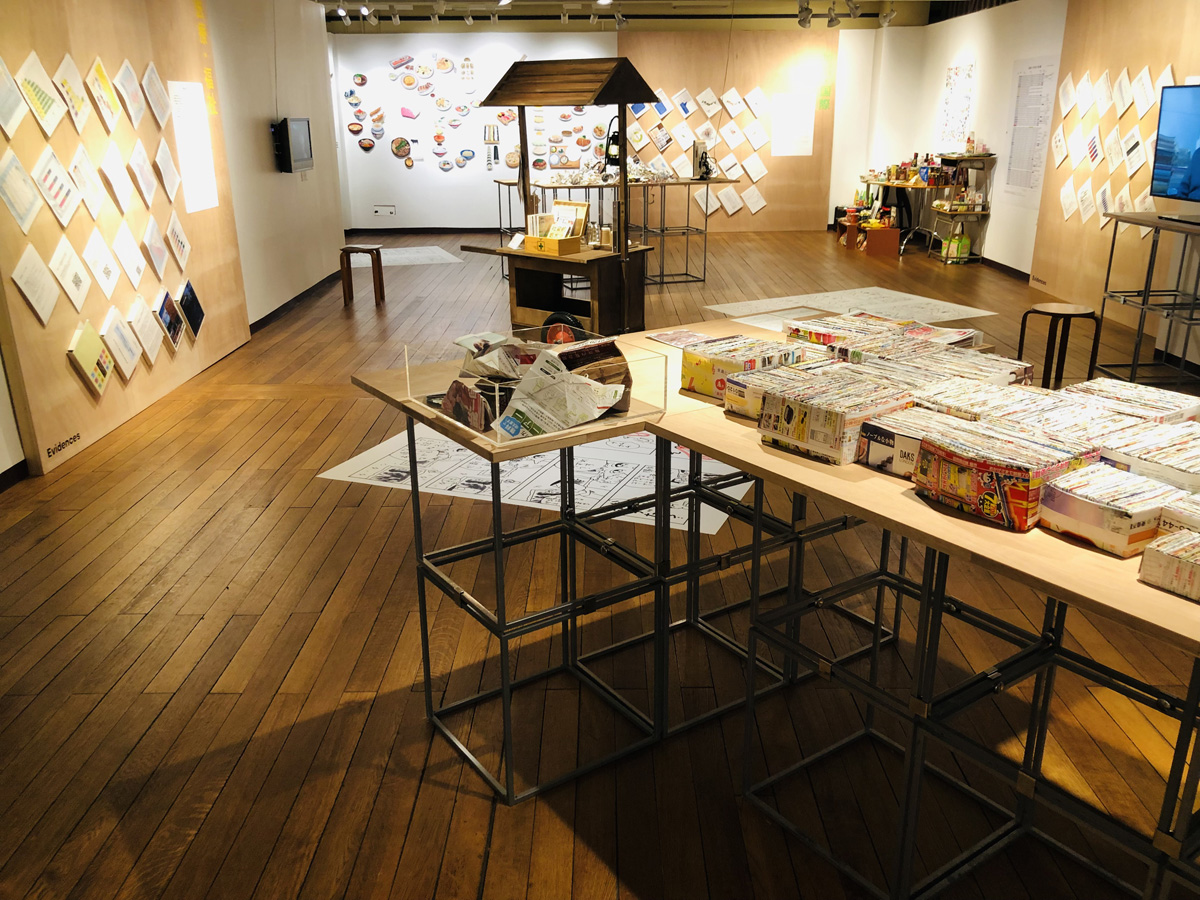 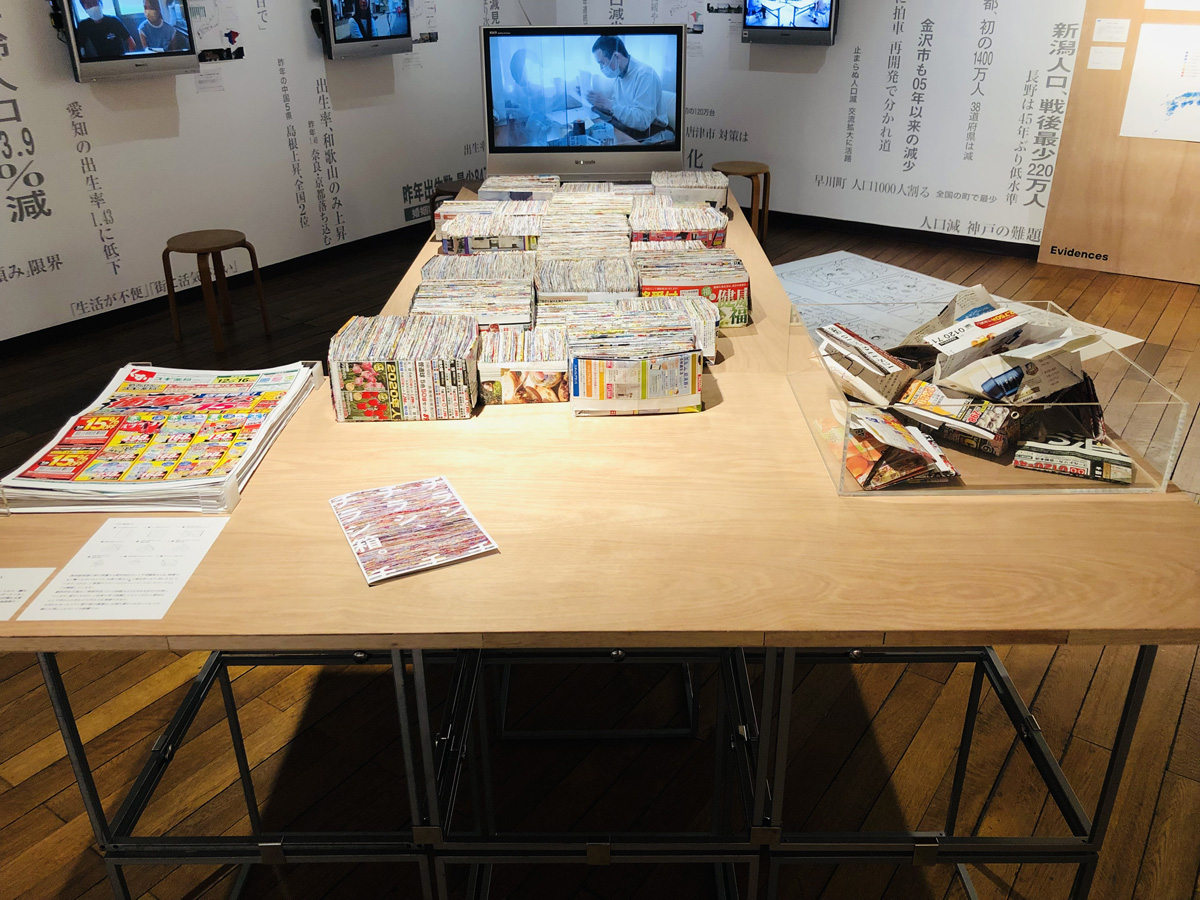 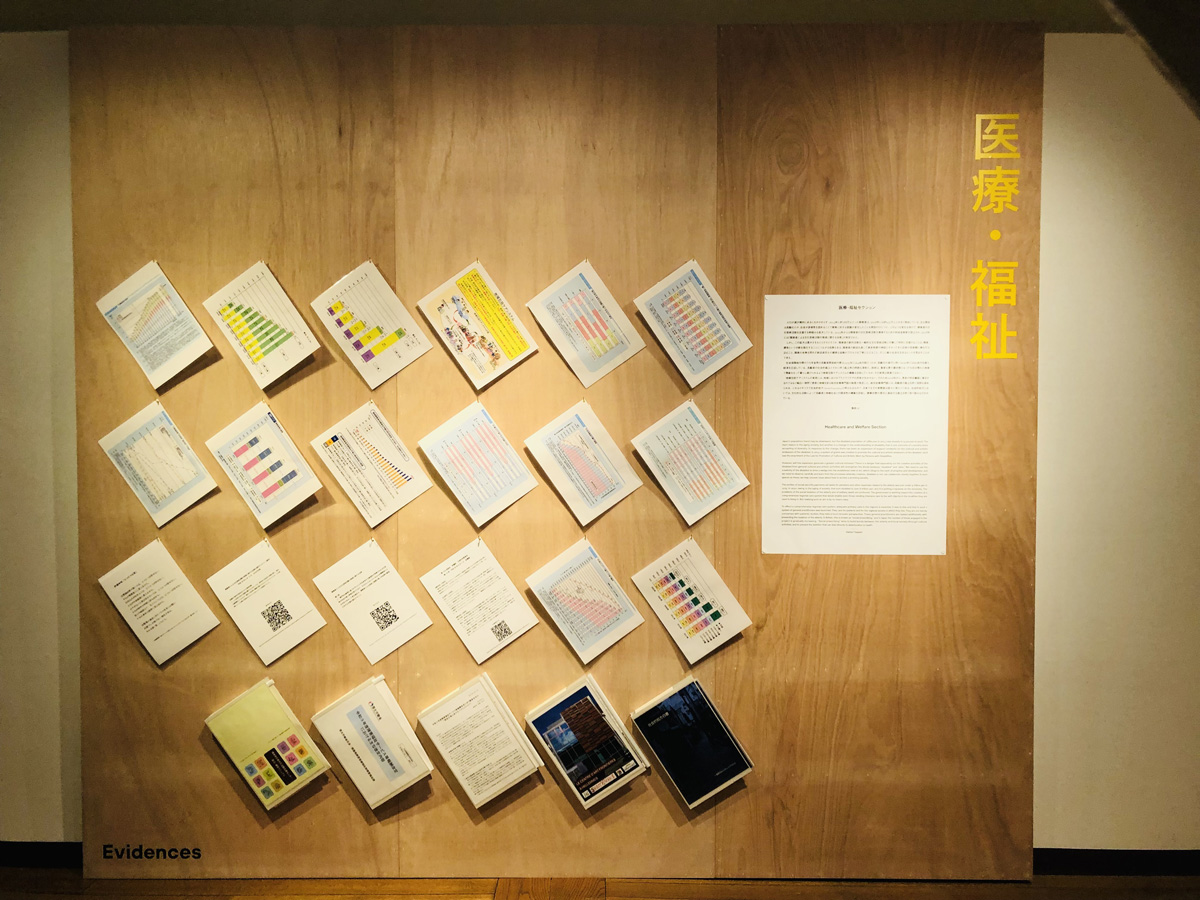 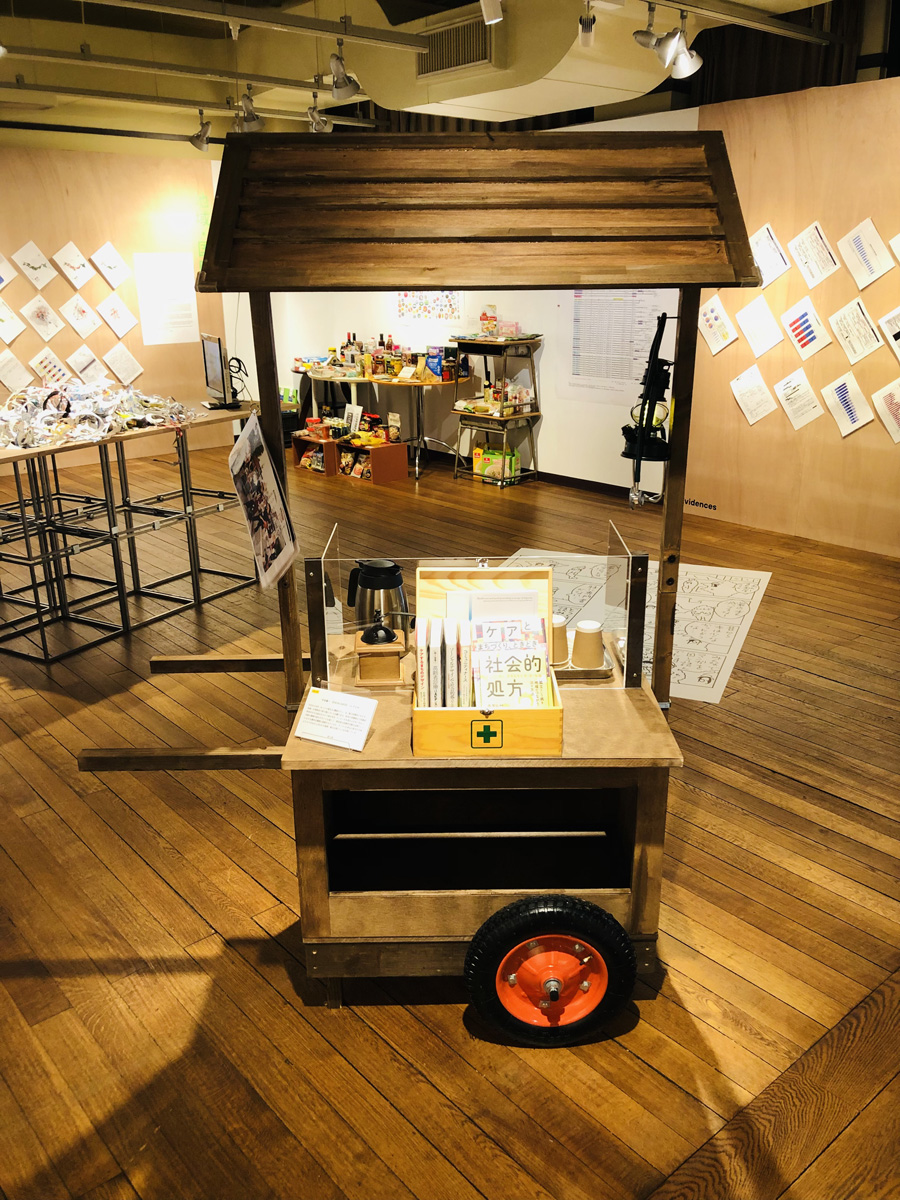 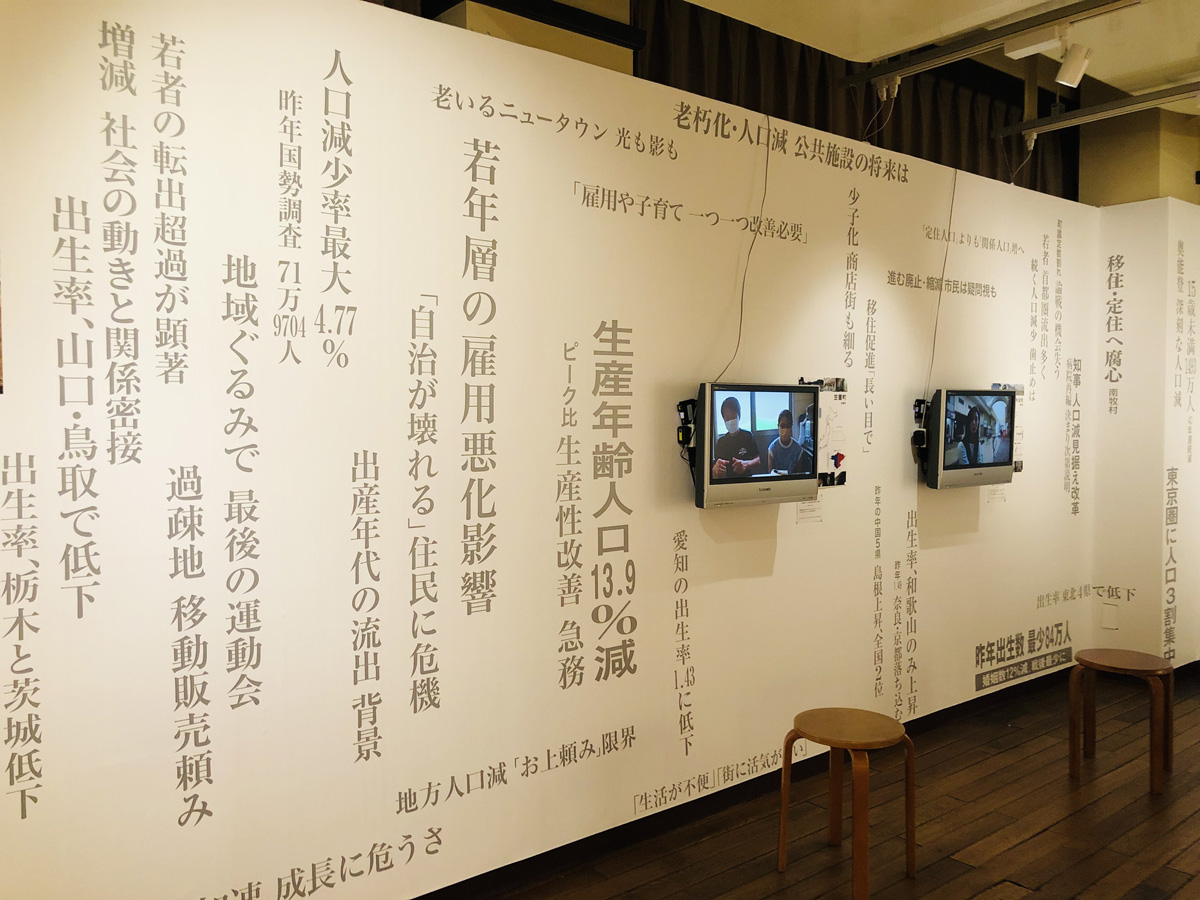 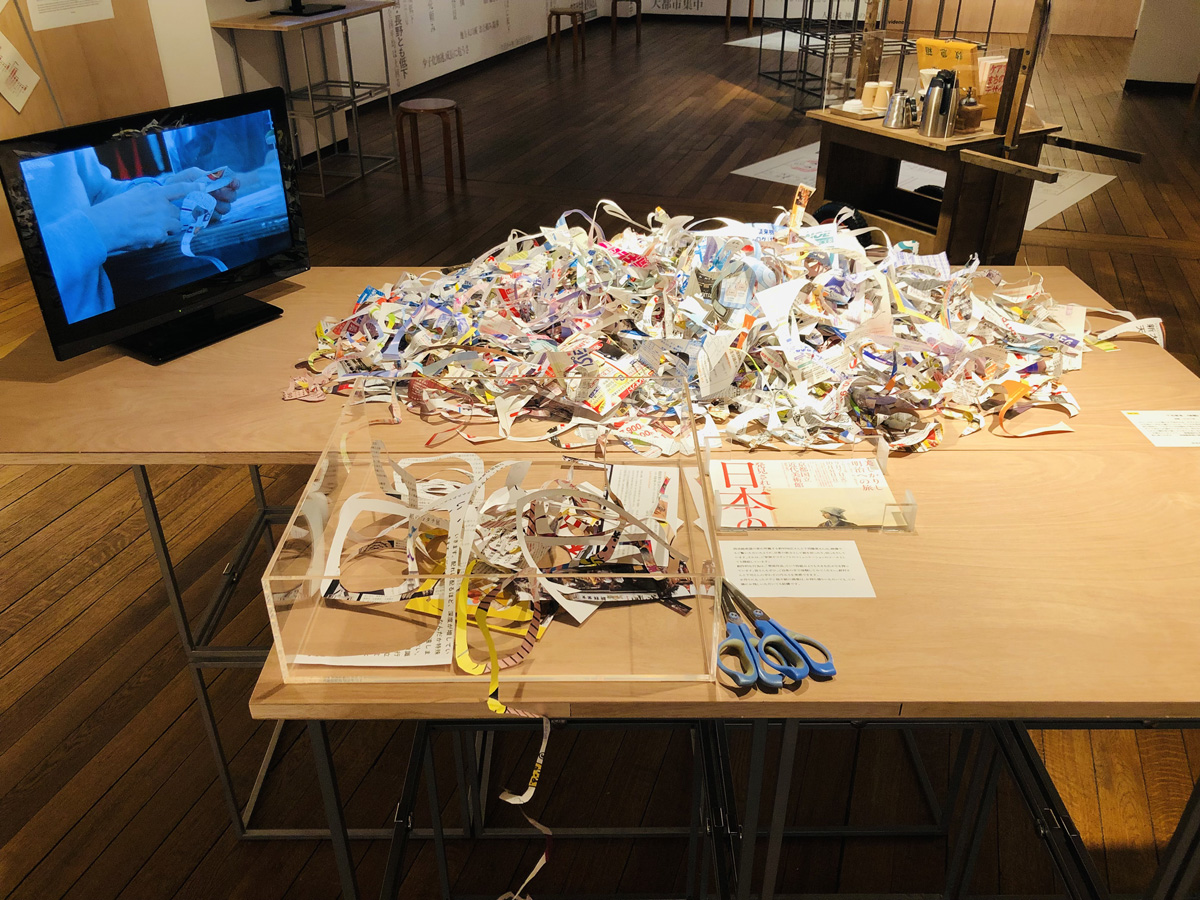 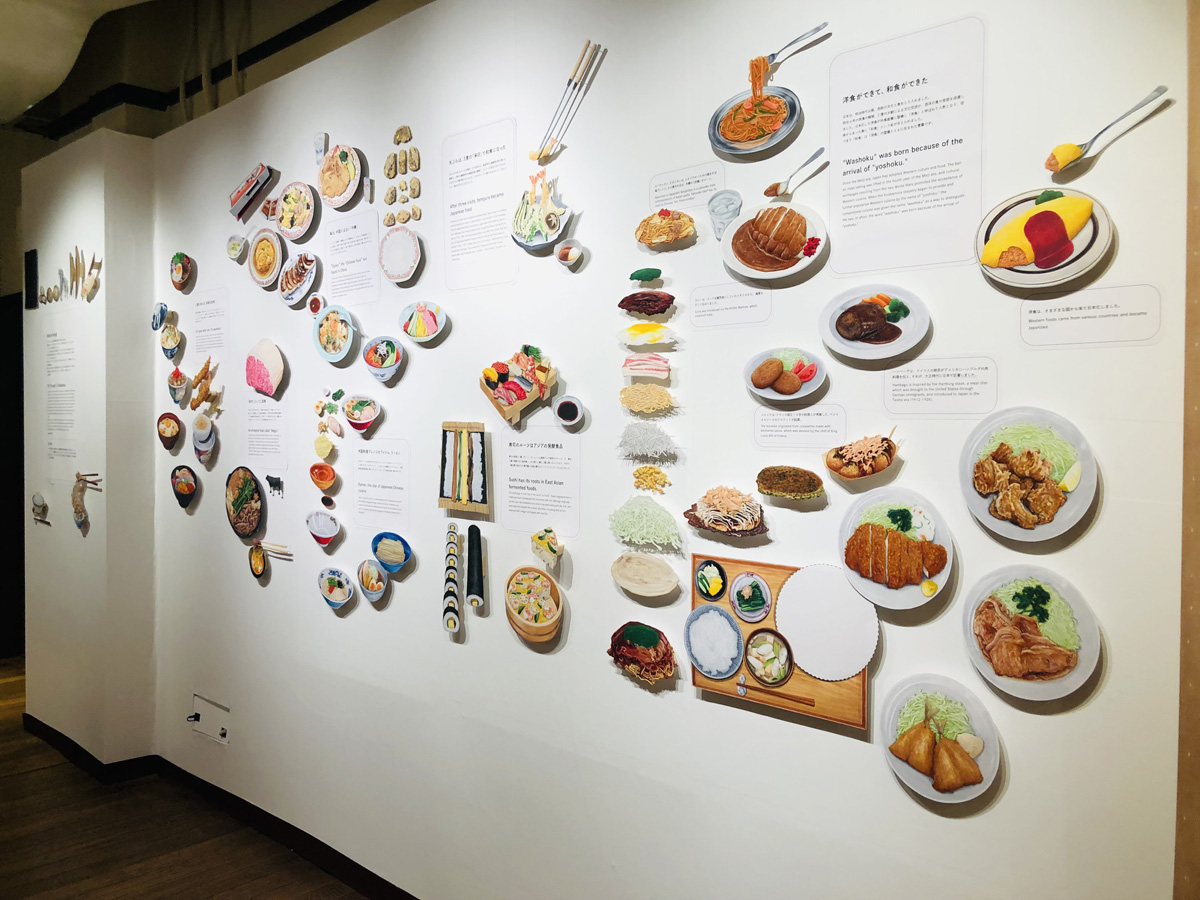 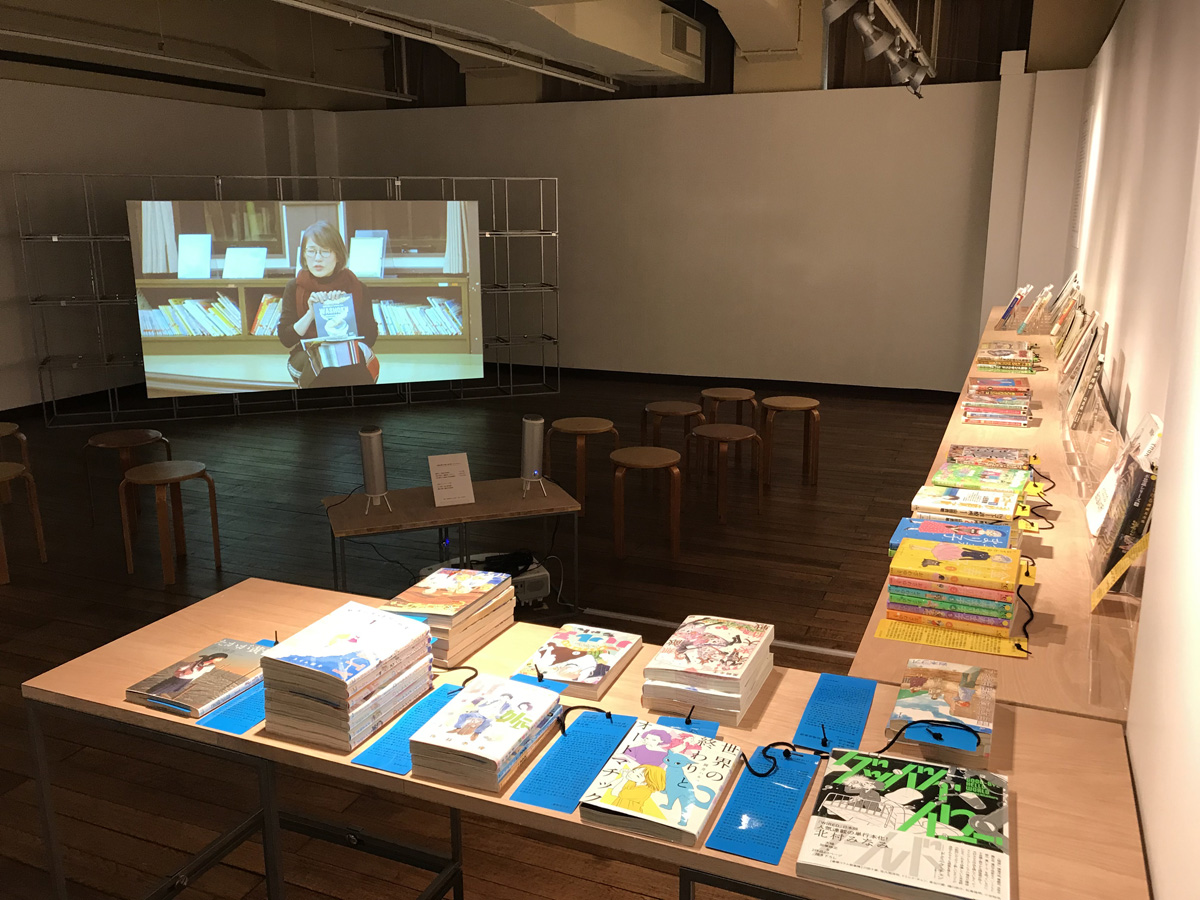 A manga artist born in Shizuoka prefecture in 1958, Shiriagari received the 5th Tezuka Osamu Cultural Award for Manga Excellence in 2001 for his philosophical work "Yajikita in DEEP" (Comical pair in DEEP), which focuses on life and death, yet had underlying humorous gag tones. Shiriagari has created many works that show a keep sensitivity to society, including the "Jiji Oyaji" (Current affairs father) series, which won the 46th Bungeishunju Manga Award in 2000, and "Chikyu boueika no hitobito" (People of the Earth military defense) serialized in "Asahi Shimbun". The compilation "Ano hi kara no manga" (Manga from that day) of his work "Umibe no mura discontinuous day" (Seaside village discontinuous day) drawn immediately after the 3.11 disaster, won the 15th Cultural Agency Media Arts Festival Manga Division Excellence Award in 2001.

An artist focusing on documentary-style footage, Takahashi uses performance records and archive material to explore areas that are often overlooked, and creates works that visualize the history and stories hidden within. Takahashi's recent exhibitions include "Korekushon to no taiwa: Muttsu no heya" (Dialogue with the collection: Six rooms) at the Kyoto City KYOCERA Museum of Art in 2021, "Setsudan shite miru – Futari no Kohei" (Work on five hypotheses to cut off...) at the Toyota Municipal Museum of Art in 2017, and the solo exhibition "Takahashi Kohei machi no karinui, ko to ayumi" (Transitional Cityscape, Individual paths) at the Hyogo Prefectural Museum of Art in 2016.

Established in 1987, the International Research Center for Japanese Studies is a research institute that comprehensively studies Japanese culture from an international and academic perspective. Collaborative research is conducted by roughly 30 full-time and specially appointed faculty members, about 15 foreign researchers, and more than 500 university researchers.

*Due to the spread of COVID-19, the schedule and content of the exhibition and museum closure can change. Thank you for your understanding.
Related Exhibitions and Events 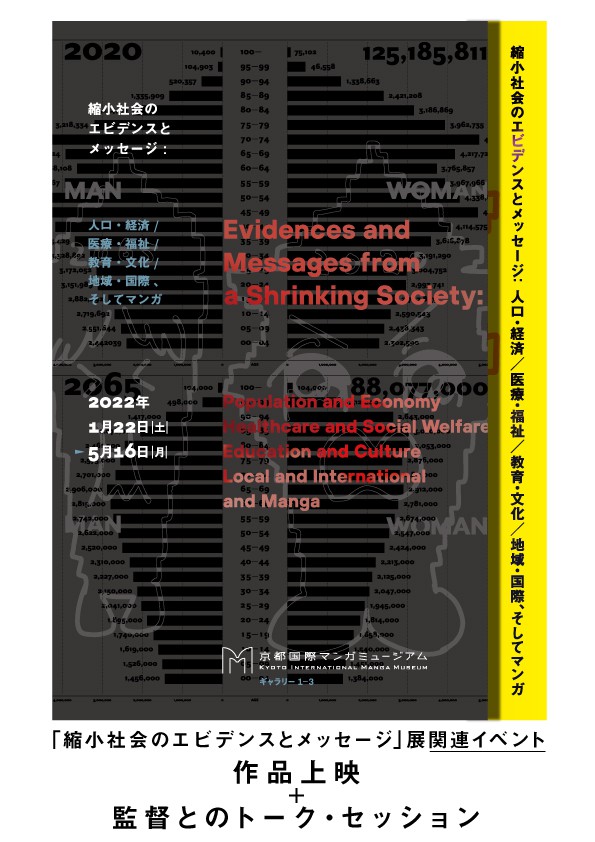 Film festival for a shrinking society 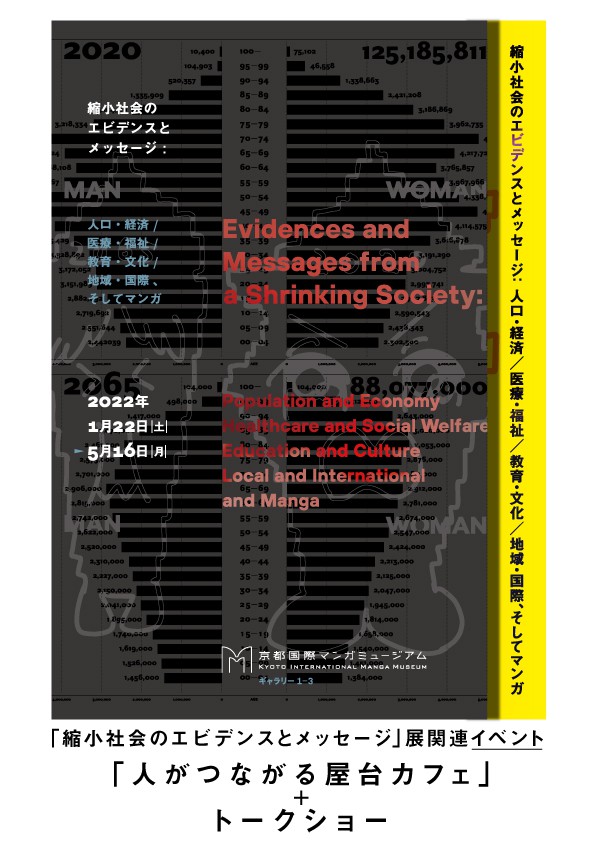 From carts to social prescriptions 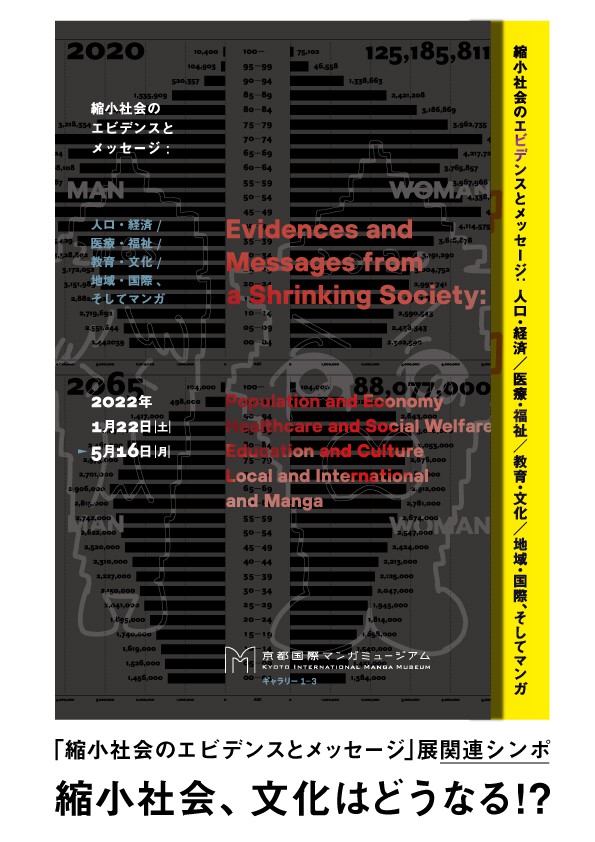 "Evidences and Messages from a Shrinking Society" exhibition related symposium

What will happen to the shrinking society and culture!?