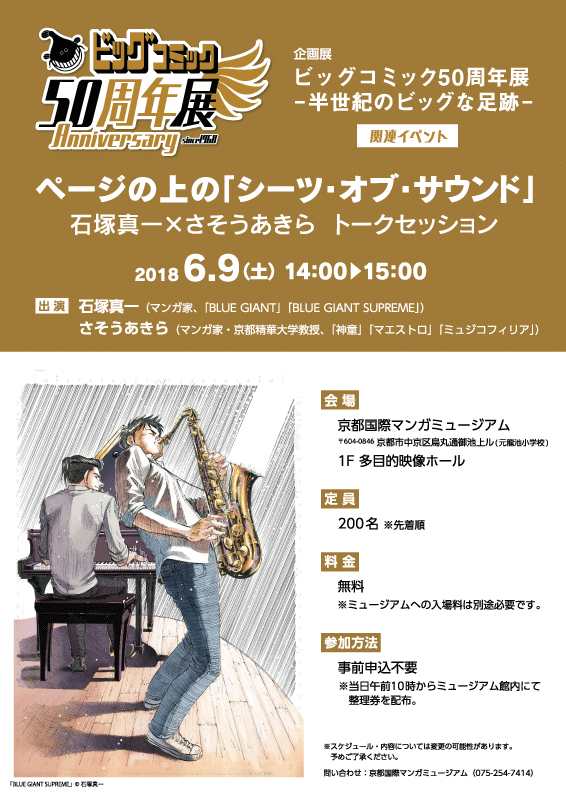 BLUE GIANT and its sequel BLUE GIANT SUPREME, which depict youth interwoven with fervid, intense jazz performances on the page, started serialization in Big Comic in 2013. It has been in the spotlight for resonated with a broad range of readers as well as winning the 62nd Shogakukan Manga Award and the 20th Japan Media Arts Festivals’ Grand Prize for Manga. These works exemplify the current progressiveness of Big Comic, and we are pleased to host their creator Ishizuka Shinichi, in conversation with Saso Akira, who is known for classical music themed works such as Shindo (Prodigy), Maesutoro (Maestro) and Myujikofiria (Musico-philia). Please look forward to the interplay of dialogue between these two artists on how to depict ‘sound’ and ‘music’ on the page as manga.

*This event will be held in Japanese.