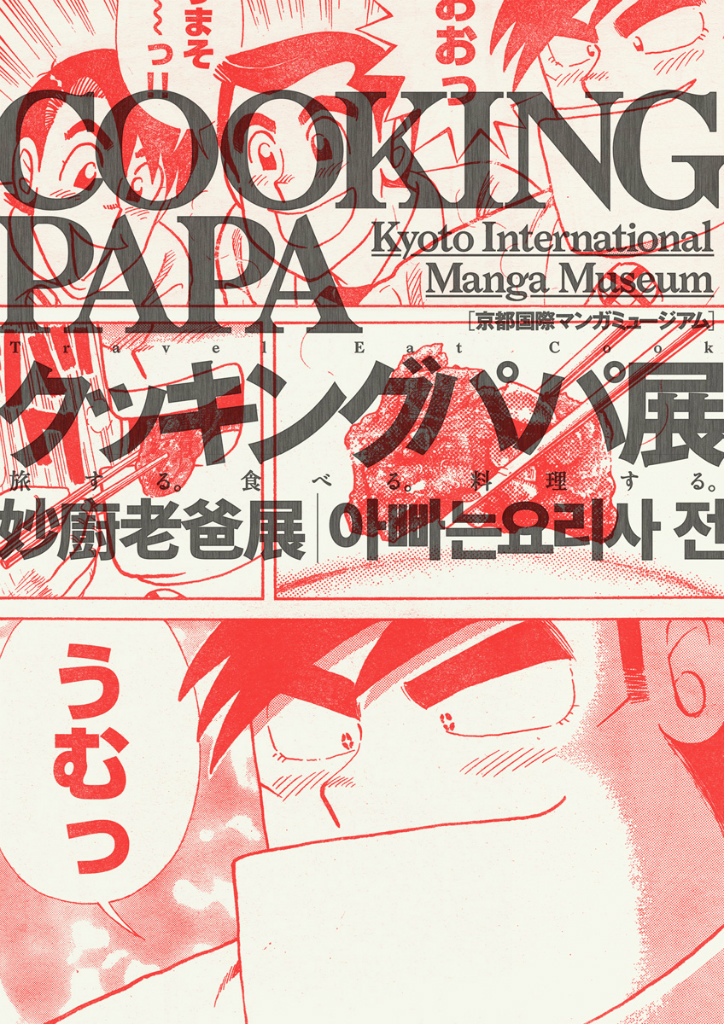 With the increasingly popular ‘food manga’ “Cooking Papa” by Ueyama Tochi currently in its 33rd year of serialization, the Kyoto International Manga Museum is honored to hold an exhibition showcasing original artwork from the series.
Ueyama Tochi’s “Cooking Papa” is a food manga that began serialization in 1985 in “Morning” (Kodansha), and over its 30 years has depicted the human connections that exist through food and the enjoyment of food.
This exhibition highlights how this popular manga has been shaped over ‘time’ and ‘space’ – with the flow of time within the series running parallel to its long-term serialization period, and the protagonist travelling domestically and abroad to encounter local cuisine and people.
In addition to observing this evolution through the exhibition, we also showcase valuable original artwork.
This exhibition is held as a part of the project of “Culture City of East Asia 2017, Kyoto” that aims intercultural communication between Japan, China and South Korea organized by Agency of Cultural Affairs Government of Japan and Kyoto city.

The exhibition consists of 2 parts, showcasing “Cooking Papa” original artwork (about 150 items), books, and other materials, while also analyzing and explaining the drawing process and character relationships.

* Some exhibits will change between 1st period and 2nd period.

-Additional content-
In the Manga Museum’s permanent display corner ‘Special feature shelves: M-Navi for when in doubt’ we have selected volumes of ‘food manga’ related to the exhibition for you to read.

Collaborated dishes are available at the museum cafe MM from December 14-January 14. Special place sheet with a recipe will be served with your meal!