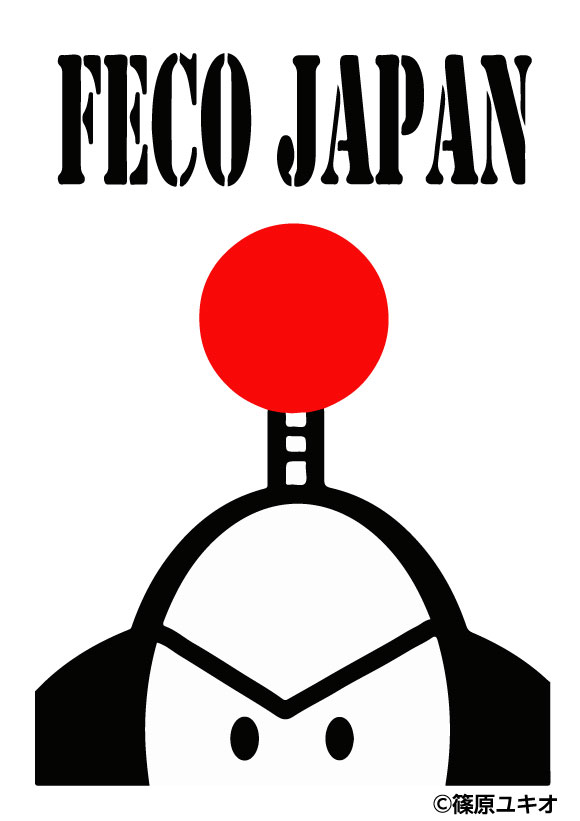 The opportunity to see the world of single-panel manga is becoming increasingly less common in present-day Japan. In this exhibition we will showcase 60 works by 14 leading-edge manga artists from FECO JAPAN, which humorously depict each and every perspective of the hectic and changing modern society we live in, drawn in a single panel. Please come to experience the charm of single-panel manga.

FECO (The Federation of Cartoonists Organizations) based in Belgium, was formed in 1984 for reciprocal exchange between comic artists in Europe, and is the only dedicated organization for international exchange between manga/comic artists in the world. Currently it has grown to encompass 30 participating countries.
The Japanese branch FECO JAPAN was founded in 1997. Yamanoi Norio was the first Japanese person to join FECO while living in France in 1987, and later formed FECO NIPPON upon returning home. Then in 1994 it was dissolved for restructuring in respect to the direction of the members at the time. In 1997 with Yamanoi Norio once again acting as president, FECO JAPAN was formed with the primary objective of international exchange, and has been continuously active domestically and abroad, focusing on exchange with foreign countries. Yokota Yoshiaki served as president during the interim, and the role has been taken on by Shinohara Yukio since 2014. At the Kyoto International Manga Museum, we have previously collaborated with FECO to hold the exhibition “Japan as seen by Turkish comic artists” (13th Dec 2007 – 27th Jan 2008).