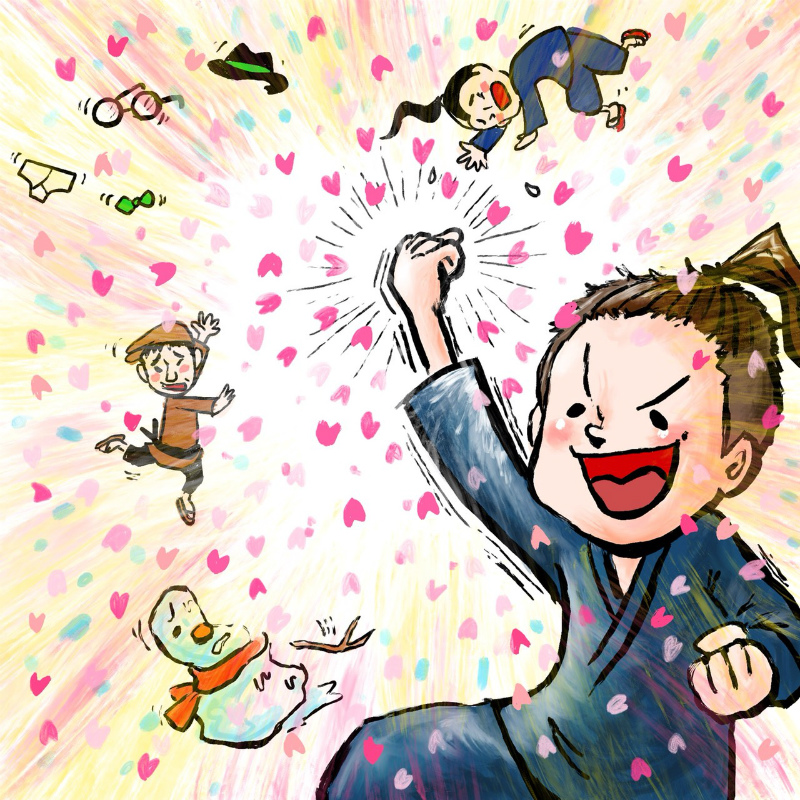 Even this winter was warmer, it was cold.
How strong the wind and snow are, try not to catch a cold, try not be caught by the wave of flu, I fight against them with my vigorous power.
Emit my power during Kamishibai, and get a shower of other’s power to charge mine. What a lovely shower.
Once snow melt, spring comes, then summer, fall and winter.
The seasons take turn in a year as always.
As children get taller, adult like myself want to keep growing.
I clearly see the path I’m going.
Obstacles come from everywhere.
But I don’t care. I want to go this way. This is the only way I know.
This is not anybody’s fault. This is not for anybody. My life is Kamishibai.
As my master, my father, Yassan gave me for his life, I want to give my spirit to children inside everybody.
LET’S GO, MY PATH OF KAMISHIBAI!!!