Hello! Everyone.
How is your new year?

It’s a year of wild boar in Japan but it’s called pig year in China and South Korea.
I was wondering why it’s differently named so I researched about it!

According to the reference, Japanese people at the time weren’t eating poke due to the Buddhism teach so they took wild boar that was more common in the country.
Buddhism taught was same within those 3 countries so why only in Japan?

But this was solved recently when I was talking to my Chinese friend.
Wild boar and pig is basically a same animal in South Korea and China.
We both call them wild pig as they aren’t domesticated.

In my point of view from the information I’ve seen, poke wasn’t familiar to Japanese people but wild boar was.
All those 3 countries are close to each other culture wise too however we are very different in some ways so it’s fun to meet something new.
I hope I can find more interesting surprises while I can live in Japan making manga! 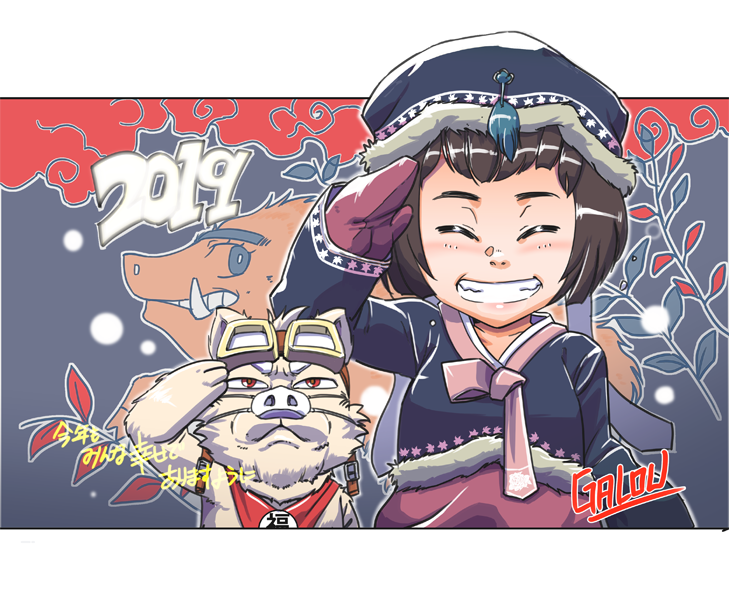